The Honourable Gary Goodyear, Minister of State (Science and Technology), toured the laboratory of Dr. Tony Carlsen in School of Human Kinetics at the University of Ottawa. The visit was in conjunction with Industry Canada’s involvement in job creation, but was also timed to coincide with the 2012 Olympic games in London, England, as Dr. Carlsen’s research has implications for sport in addition to rehabilitation.

The minister was provided with a demonstration of some of the techniques used in the NeuroMotor Behaviour Lab. He was shown how a loud startling stimulus can lead to faster reactions than can be explained by normal human reaction time, which may help explain false starts in sporting events. 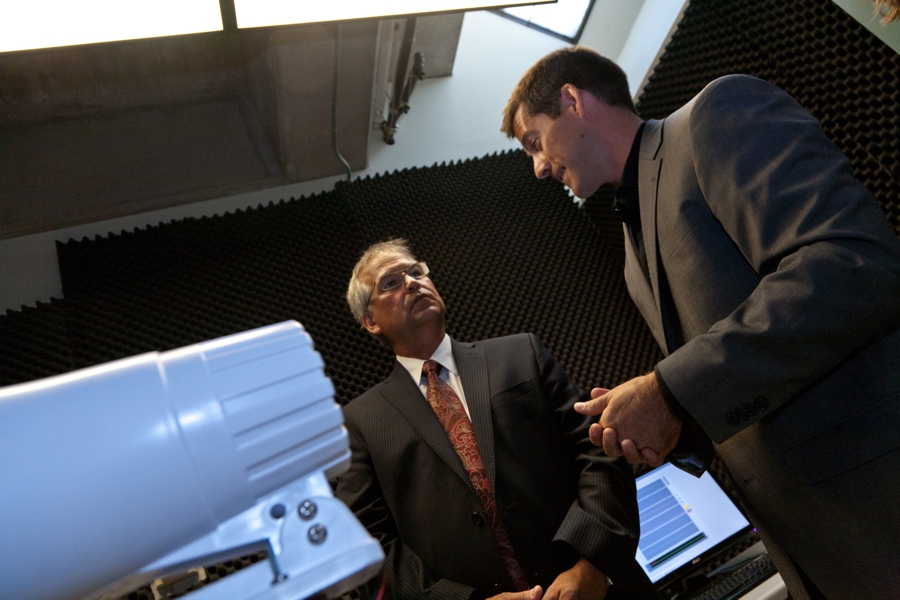 Gary Goodyear was also shown several neural stimulation techniques that can be used to test brain activity or to try to upregulate it in order to make reactions faster. This has implications for different patients with motor disorders such as Parkinson’s disease who find reacting and moving quickly to be difficult 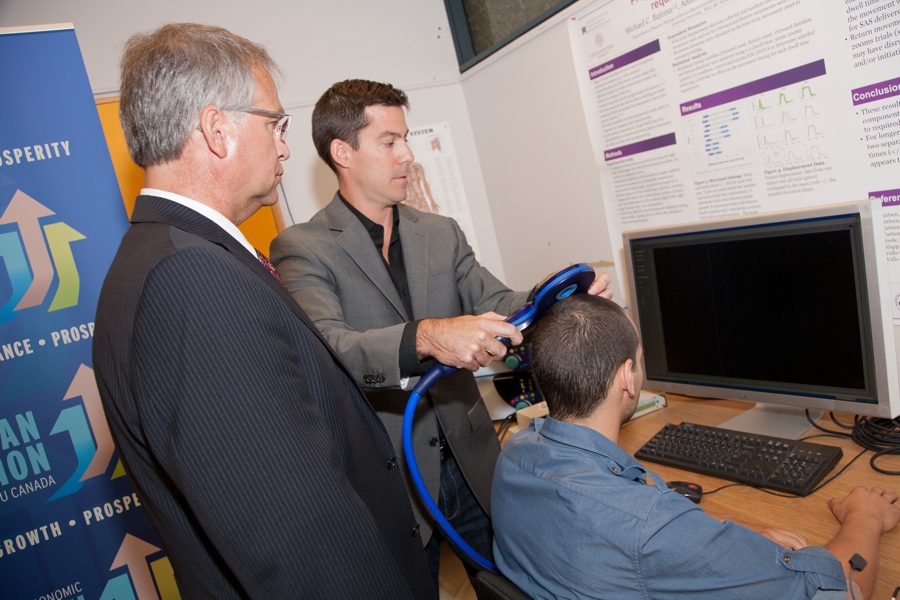 The Minister’s visit was covered by several media outlets including: