Tony Carlsen’s research was the focus of an “Impact story” featured on the NSERC website: 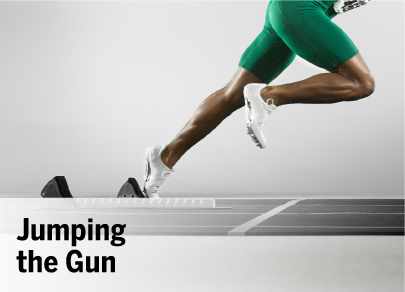 “In the tense moments before the start of a race, as runners prepare to explode from their blocks, there is a split-second difference between victory and elimination. If an athlete launches from the blocks before a race’s official start it is assumed they are trying to get a jump on the competition, due to the belief that people cannot react that fast to sound. However, research by University of Ottawa’s Tony Carlsen points to a hyper-stimulated brain as the likely culprit. His findings suggest false starts may have more to do with athletes’ ultra preparation and acute attention than ulterior motives…”